Get fresh music recommendations delivered to your inbox every Friday.

A Message To The People: A Tribute To CONSOLIDATED!

by A Collective of Various Artists 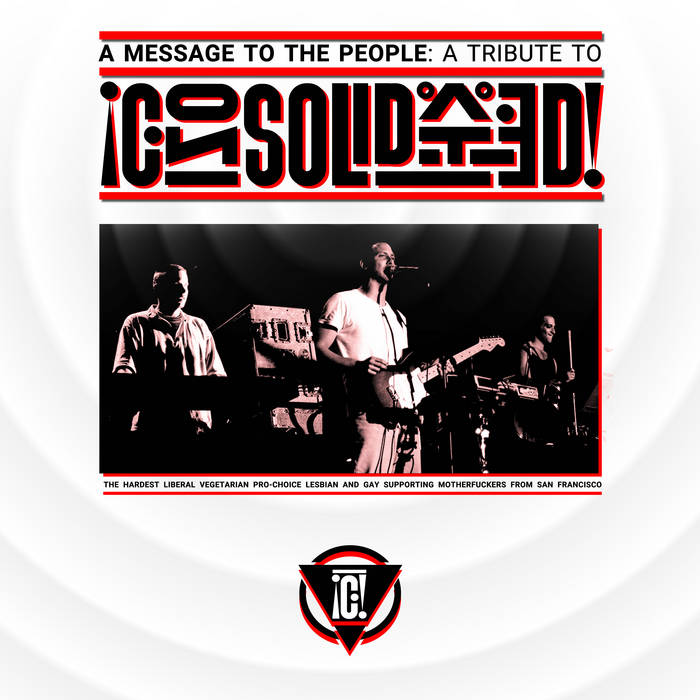 weltmuzikfan Dre Robinson is hands down one of the hardest working and hardest banging artists in the industrial world! Favorite track: Dog and Pony Show.

We may be trapped in a soul-crushing cyberpunk dystopia with all the gut-wrenching horror and none of the street-legal hovertech, but hey! At least the soundtrack is bitchin.

The Dead Kennedys / Public Enemy of industrial music, Consolidated, are much more than a foundational band of the genre. They represent the fight for human rights and a social focus that was once indicative of the alternative music subculture of bands from New Model Army to Billy Bragg to Skinny Puppy. Our "Message to the People" release presents numerous powerful remakes of Consolidated songs. In addition, DJ Darryl Hell and DJ Zvetschka have created a MEGA reMix comprised of dozens of Consolidated songs that is unlike anything the industrial genre has ever seen / heard.

Originally conceived as an alternative outlet for a cover done by Nau-Zee-auN of Unity of Oppression for the We Are Not Trump Singles series (see wearenottrump.bandcamp.com/music), and inspired into action by the cover of Butyric Acid done by Stoneburner and Out Out, the compilation is a tribute to a band that warned us at every step about what has taken place to lead to our current place in history of Me Too, Black Lives Matter, fighting against concentration camps, mass shootings, burning rain-forests, melting ice caps, mass extinction, and the most corrupt, dishonest and openly racist president in half a century.

We, the collective of artists on this compilation have made this with LOVE, HONOR and RESPECT for Mark, Adam and Philip, the original members of CONSOLIDATED!

Cover design inspired by William J. Dickson II, who designed the majority of Consolidated's album art and logos, especially his work on Consolidated's self titled debut EP, The Myth of Rock and Friendly Fa$cism.

Photography of Mark, Adam and Phil by Pelle Sten, taken at Hultsfredsfestivalen (Hultsfred Festival - Hultsfred, Sweden) in 1993. More photos by Pelle Sten from this performance can be seen at www.flickr.com/photos/pellesten/albums/72157603924525196?fbclid=IwAR1_zt5sEdPg4fenWJ2QQ4u69xF_KJx24OrlmtwvCzDng5fJ01gOzGY6TuU

As of 2017, Voidstar Productions is focusing more on new releases.

Voidstar Productions was founded in 1991.

Our music may be described as:

Bandcamp Daily  your guide to the world of Bandcamp